The second year of the AfricaConnect3 project officially ended on November 15, 2021.

It has been a successful year of project activities and impact, despite the severe knock-on effect of the COVID-19 pandemic on various actors in the REN ecosystem in the WACREN region.

In the just-ended project year, WACREN expanded its coverage by connecting to its backbone three more countries – Bénin, Burkina Faso and Côte d’Ivoire.

As a response to the effects of the pandemic on education delivery in the region, WACREN provided thousands of Zoom licenses to its user community. Thousands of lectures, class discussions, and administrative meetings are held on these free Zoom accounts by students, researchers, lecturers and administrative staff at beneficiary institutions.

WACREN has been leading the LIBSENSE initiative across Africa. The LIBSENSE National Open Science Policy Roadmaps program has gained some prominence and attention in Nigeria, Ivory Coast, Uganda and Tanzania. A regional workshop in collaboration with the Inter-University Council of East Africa (IUCEA) on implementing the principles articulated in the UNESCO recommendations on open science also took place at the Ubuntunet-Connect 2021. A similar activity is planned  at WACREN 2022.

In the year under review, WACREN began to sensitise NRENs, institutions and national agencies to engage in discussions that will eventually lead to the establishment of strong computer security and incident reporting teams (CSIRTs) in various higher education institutions across the  region.

WACREN held its first fully online Conference in March with a high footfall; more than expected. The Conference set the tone for the focus of the year’s activities.

Year 3 promises to be more eventful with more definite impacts, as WACREN focuses on implementing its strategy for the next three years.

WACREN is expected to place more emphasis on open science, community building and enhancing the reach of digital services to the user community, while rolling out new ones. 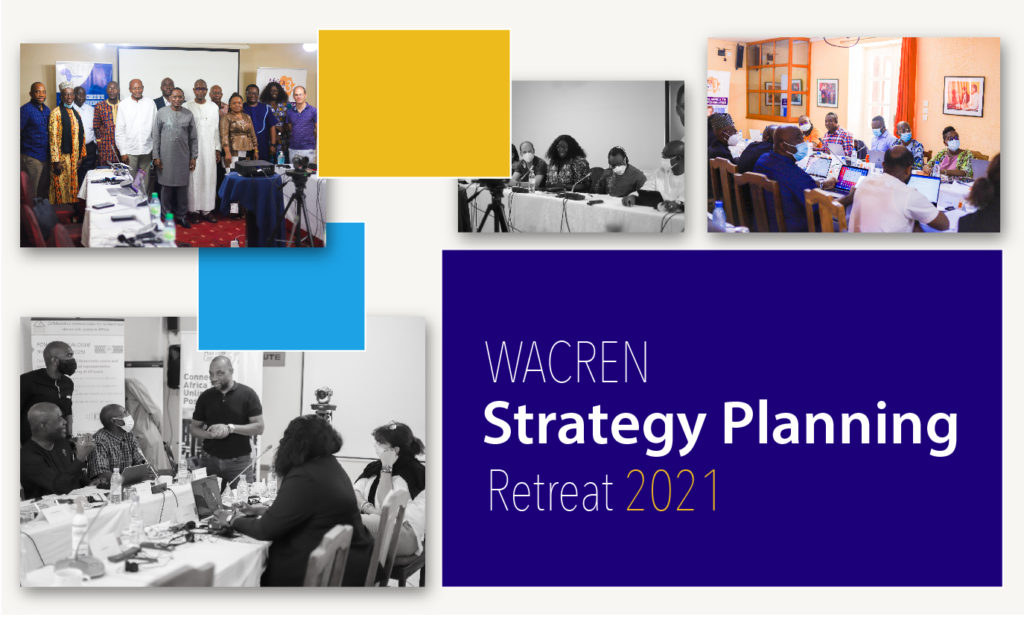