Our Constitution is undergoing review. Updated one will be shared here when completed.

WACREN’s Board of Directors (BoD) comprises of six members: The Chair, the CEO who doubles as the BoD Secretary, and five officials of Member NRENs. The functions of the BoD include determining the overall strategic direction of the regional REN. Directors are nominated for three-year renewable terms. The Board Chair is appointed every four years.

Dr Venant PALANGA was at the heart of the digital transformation of the University of Lomé between 2000 and early 2010. He was, for several years, the Technical Advisor in charge of digital technology to the Minister of Higher Education and Research of Togo after serving as the Deputy Director of the Computer and Computing Centre of the University of Lomé. Since 2006, he has worked for the establishment of the Togo Education and Research Network and was confirmed as Executive Director of the said network in 2020. He is one of the actors of the development of the digital ecosystem, not only at the university but also at the national level in Togo. He is a staff member of the Regional Centre of Excellence for Energy Management based at the University of Lomé. Dr Palanga is a teacher-researcher and lecturer at the Ecole Nationale Supérieure d'Ingénieurs of the University of Lomé. He was a member of the Board of Directors of the West Africa and Central Africa Research and Education Network (WACREN) before being elected Chairman of the Board in 2021. 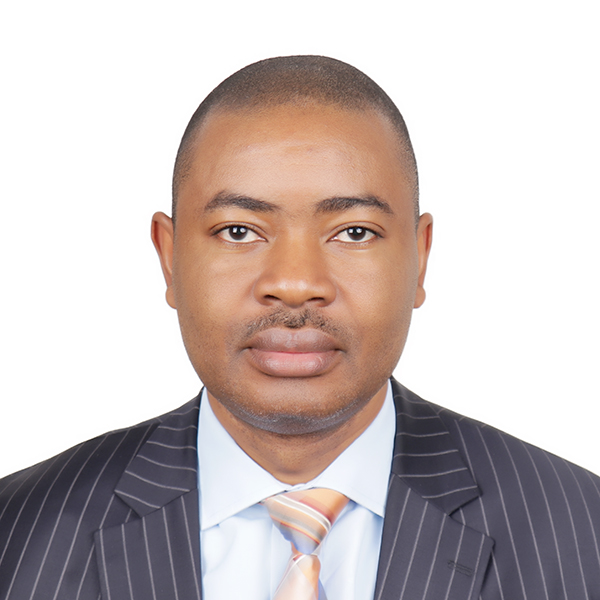 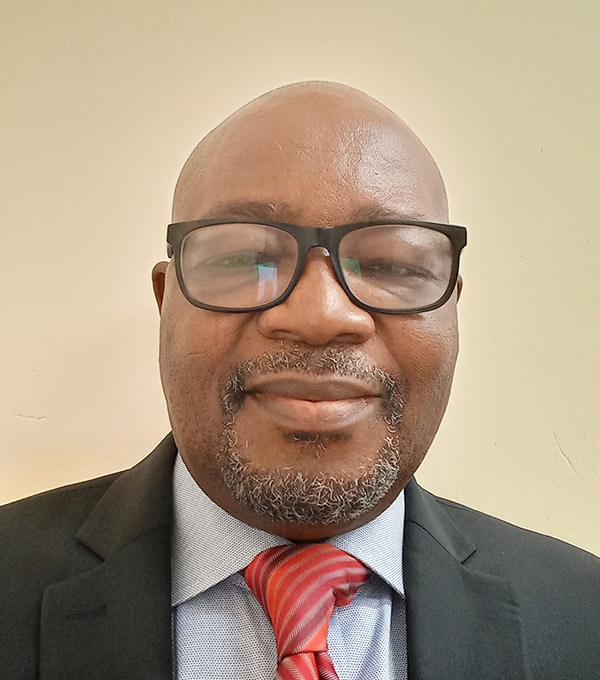 He has accountability for IT transformational agenda of the University for improving the overall efficiency and effectiveness, He made IT Service Delivery a priority on his assumption of the role in 2013 and has championed the documentation, upgrade and re-alignment of key business processes culminating in the automation and improvement of key business processes in the University of Ghana.

Lucas has a long track record in the planning and management of large and complex Information Technology infrastructure and systems projects in the manufacturing, services, mining, and education industries.

He began his career at Unilever Ghana Limited in 1994 as the Information Technology Manager for the Lever Brothers Division, and quickly established a reputation for getting things done.

After taking a two year break in 1996 to pursue an MBA Finance Degree at the University of Ghana, he joined the consultancy firm Conseil Gestion Assistance (CGA) in 1998 and consulted widely for organizations locally and internationally in Zimbabwe, the Ivory Coast and Burkina Faso.
In October 2000, Lucas joined Ashanti Goldfields and led the successful integration of the ICT infrastructure following the merger between Ashanti Goldfields and AngloGold, which created the new global mining company, AngloGold Ashanti in 2004. Following the merger, Lucas was promoted and appointed IT Manager for the West Africa Region of AngloGold Ashanti.
In 2008 he was again promoted and appointed the Manager, Knowledge and Information Technology for the Continental Africa Region of the company with accountability for IT in seven African countries in West, East and Central Africa. He stayed in this role until he joined the University of Ghana in October 2013 as Chief Information Technology Officer. 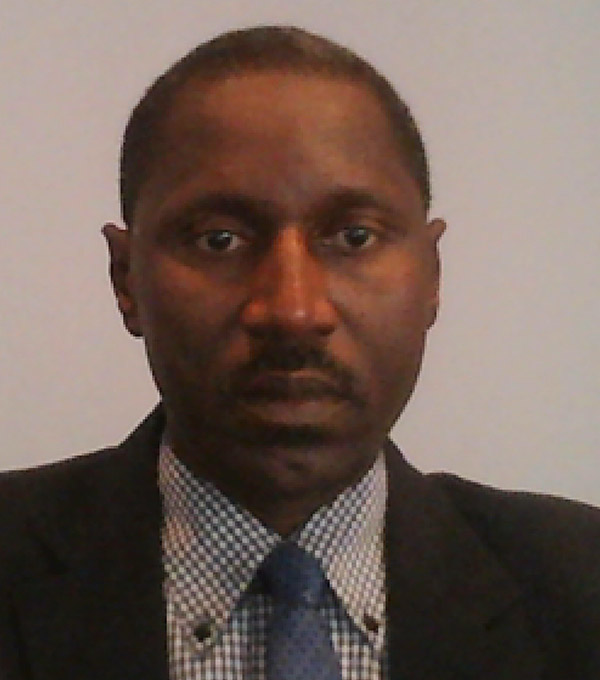 For over a decade, he has played an important role in the development and promotion of Research and Education Networks in his country, and West and Central Africa too. Currently, he is a member of the Board of Directors of WACREN (West and Central Africa Research and Education Network) and the CEO of Niger-REN. He was the former Director of Scientific Research at the Ministry of Higher Education and Research of Niger and he was also an associate member of Abdus Salam ICTP Center de Trieste from 1994 to 1998. 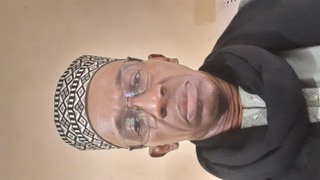 Pierre Claver Bakoroba TRAORE is a board member of WACREN and the CEO of Mali Research and Education Network (MaliREN). He is the Head of the Information Technology (IT) Division of "Université des Sciences, des Techniques et des Technologies de Bamako (USTTB), with more than twenty years in the computing/IT sector with experience acquired at various institutions, NGO and public service.

Pierre has keen interest in contributing to the reduction of the digital divide in his home country and region, particularly through the development of Mali’s national research and education network (NREN).

In the past, he served the Islamic Relief United Kingdom in Mali as an IT Specialist / Communication Officer as well as a Graduate Training Centre (GTC) Project Coordinator / Principal Trainer.

Pierre has worked within the United States Agency for International Development’s (USAID) office in Bamako as a Business Center Manager.

Pierre has a Bachelor of Science in Theoretical Physics from the University of Lagos, Nigeria. He also holds a Post-Graduate Diploma, Computer Science from the same university.

Souleymane OUMTANAGA is an official from RITER – the Ivorian NREN and a Board Member of WACREN. He has lectured in several universties in Cote d’Ivoire. These include the INPHB Institut National Polytechnique Houphouët  (INPHB) where he became the Head of the Computer Science section of the Mathematics and Computer Science Department from 2002- 2005.

He was also the Head of LARIT (Research Laboratory in Computer Science and Telecommunications since 2007, Head of CFTIC (Training Centre for Information and Communication Technologies) as well as the Head of LABTIC ABIDJAN, a project funded by the International Organisation of the Francophonie.

From 2006 to 2013, he was the Director in charge of capacity building at the African Top Level Domain (AFTLD); he later became the Vice President of the same organisation.

Prof. Outanaga is an AFNIC Board member and the President of the International College of AFNIC. He is also a Member of the Scientific Council of FONTSI (Fund for Science, Technology, and Innovation)

He played an instrumental role in the création of the Ivory Coast Internet domain, as well as in the creation of the first exchange point of Cote d'Ivoire.

Prof. Oumtanaga has 18 scientific publications in international and indexed journals and four (4) edited papers to his name. CEO and Board Secretary

CEO and Board Secretary

Boubakar is the Chief Executive Officer (CEO). Since he took office, he has led the growth of WACREN to its current stature. He is in charge of the effective and efficient management of the organisation, as mandated by the Board.

He was instrumental to the establishment of national research and education networks in Africa and a key player in the conduct of the feasibility study of the EU-funded AfricaConnect project.

From 1997 to 2020, Boubakar was Chairman of the Steering Committee of the Network Information Centre of Senegal that manages the country-code top-level domain .SN. He was Director of the Computer Centre of the premier university of Senegal (Cheikh Anta Diop University) from 1998 to 2006, where he also lectured Computer Networks and Electronics.  As Director of the Computer Centre, Boubakar established the first Cisco Regional Academy in Francophone West and Central Africa in 2004, serving 13 local Cisco academies throughout Senegal.

In 2006, he joined the Association of African Universities (AAU), based in Accra, as the Coordinator of the Research and Education Networking Unit (RENU). During his seven years at AAU, Boubakar facilitated the establishment of research and education networks in Africa, particularly in West and Central Africa.

He holds a master’s degree in Nuclear Physics and PhD in Nuclear Electronics, all obtained at the Dresden University of Technology in Germany.