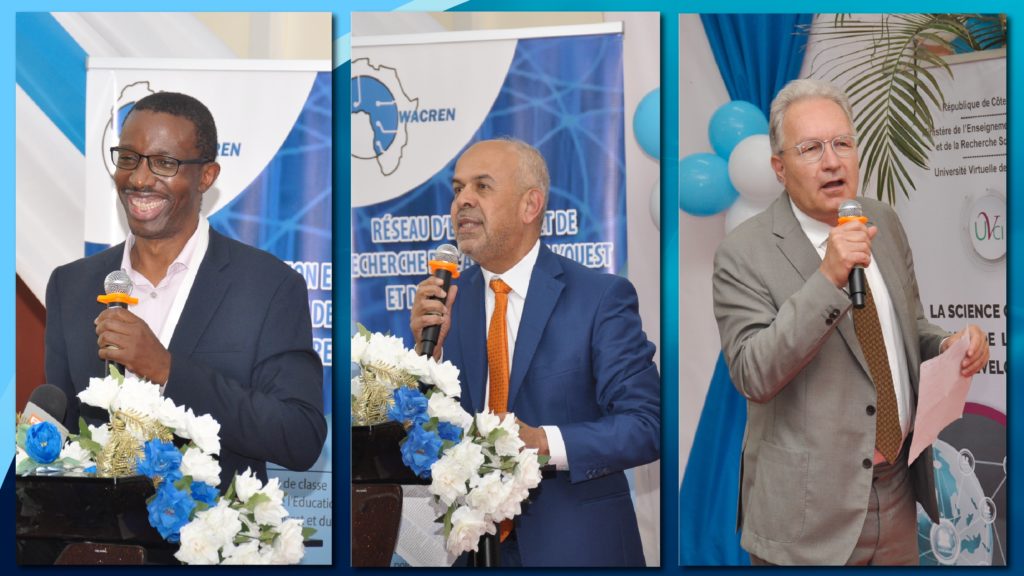 All CEOs of the three partners of the AfricaConnect3 project participated in the WACREN Conference in Abidjan, showing solidarity, cohesion and camaraderie among research and education networks in Africa and Europe.

Speaking at the Conference, Dr Yousef Torman, Managing Director of ASREN charged national RENs across Africa to go beyond the focus on connectivity and advanced services to foster the realization of national objectives on UN SDGs, global climate actions and Internet governance.

According to him, when NRENs assume this new role, their value will increase, getting better support from governments and funders.

In his address, Mr. Erik Huizer, the CEO of GÉANT (pan-European regional REN), said the growing number of NRENs in Western and Central Africa is a tremendous success that speaks to WACREN’s and its community’s commitment and determination to prioritize investments in the African people, which by 2030 will comprise 30% of the global population under 35 years.

He added that WACREN’s efforts would foster the discovery of much-needed solutions for the benefit of the economies of Africa.

The CEO of Ubuntunet Alliance, Prof. Madara Ogot, expressed his delight at participating in the WACREN 2022 Conference and hoped for a more engaging conversation.